On this episode of STAGE GROK, I talk with Jennifer Ashley Tepper, author, historian, producer, about her two volume Untold Stories of Broadway, her concert series If It Only Even Runs a Minute, and her series of concerts at 54 Below in New York, where she is director of programming. Jennifer has worked on the Broadway shows [title of show], Godspell, The Performers, and Macbeth. She also co-produced Hit List, the live concert version of the fictional musical from Smash. She has worked on other projects with Ars Nova, National Alliance for Musical Theatre, The Producing Office, PBS, The Rodgers & Hammerstein Organization, New York Musical Theatre Festival, Second Stage, The York Theatre, and the Tony Awards. 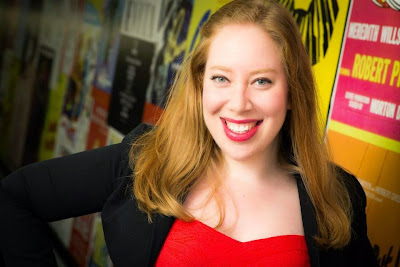 Check out Jennifer's website, her author bio and books on Amazon, and her recent Playbill article, "They Only Ran a Minute! 10 Forgotten Musicals Due For a Revival." You can follow Jennifer on Twitter @jenashtep.