On this episode of STAGE GROK, I talk with lyricist-bookwriter Danny Ginges and composer-lyricist Philip Foxman, about their rock musical Atomic, which debuted in Australia, then moved to off Broadway, and then was produced by two regional theatres in 2016, Meadow Brook Theatre in Rochester, Michigan, and then New Line Theatre in St. Louis. Danny and Philip talk about the creation and development of Atomic, on the phone from Sydney, Australia, where they live. 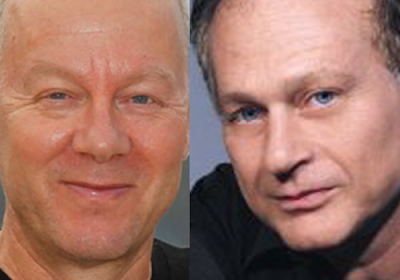